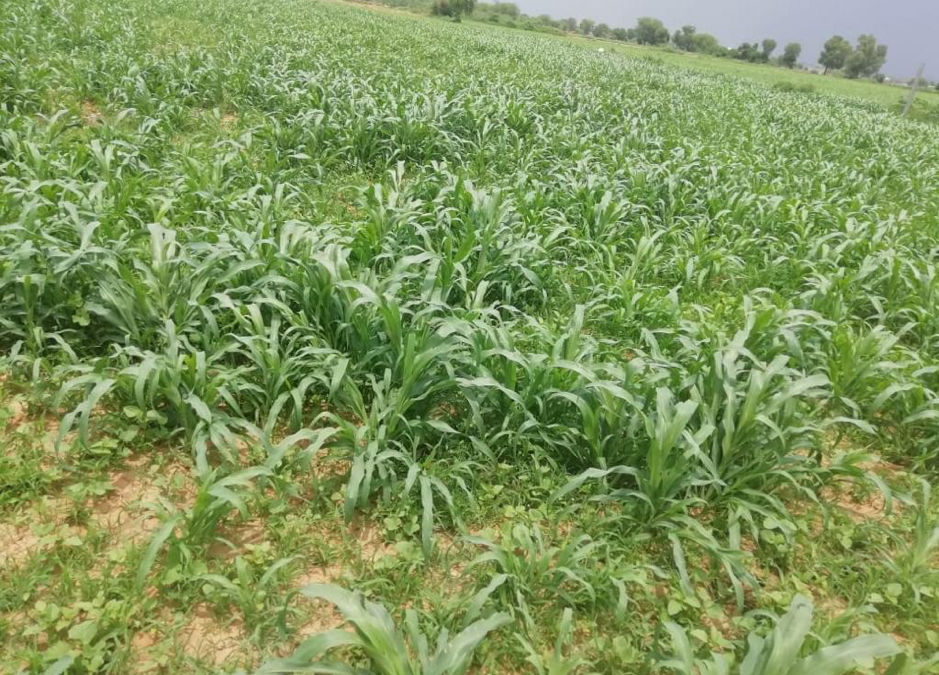 IZA’s crop project with World Bank to increase crop productivity and improve plant and consumer nutrition is underway in Rajasthan, India, where zinc deficiency in soils can reach as high as 75%, according to the report of the ICAR, Ministry of Agriculture and Farmers Welfare, Government of India. The new initiative is being implemented by the existing World Bank funded ‘Rajasthan Agricultural Competitiveness Project (RACP)’ under the State Government. The demonstrations have been laid in the Bonli, Sawai Madhopur cluster of Rajasthan, India. About 70 farmers have been selected and 50 hectares of land earmarked for the demonstration.

The key objective of the demonstration focuses on increasing awareness and sensitizing stakeholders, such as the farming community and policy makers, on the importance of zinc in crops through balanced fertilizer use.

The demonstrations would be initially in two seasons: Kharif, or rainy season (with pearl millet) and Rabi, or winter (with mustard / wheat) for one year. These are two-plot demonstrations of 1 acre each (0.5 acre without zinc and 0.5 acre with zinc) in 25-30 plots in zinc-deficient soils. The hybrid pearl millet seeds, var 86M84, as well as zinc sulphate monohydrate with 33% zinc have been arranged by IZA through its affiliate member and distributed to each of the 70 participating farmers for their 50 hectares land during the ongoing rainy season.

In addition, a farmers meeting and training program was successfully organized before the sowing of the rainy season crop at the office of Dy Director Agriculture (Extn), Government of Rajasthan, Sawai Madhopur, Rajasthan. Around 70 selected farmers participated and benefitted in the training program. In addition, the RACP and state government officials, scientists, NGO representatives, and IZA staff were present.

In the coming stages of the project, Field Days will also be organized by IZA at the crop demonstration sites during the crop maturity / harvest time.

Upon successful completion of the project, the model will be scaled up in this and other World Bank agricultural projects in India. Globally, World Bank has approved over $750 million for projects under their sector of ‘Agriculture Extension, Research, and other Supporting Activities,” including the aforementioned RACP. The Project will be an excellent opportunity to showcase the importance of zinc in crops through balanced fertilizer use and bring awareness to stakeholders, including policy makers and the general farming community.